The 98: A Conclusion of Sorts 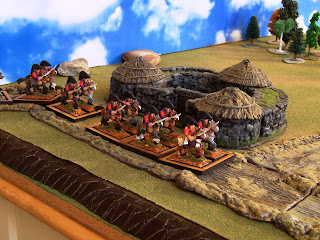 The recent poor weather here introduced a lull in activity that provided plenty of time to ruminate on the state of the 98 Campaign.

As hinted previously, the forces of Albion are in no position to prevent the Ferach liberation at this point save a battlefield miracle. However this point must be balanced against the strategic situation in UROP, and the written "history" of Valon. 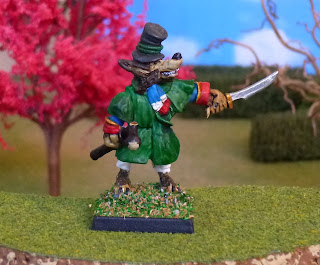 It would seem only a matter of time before Ferach forces in Guinalea were isolated by the Royul Navy and gobbled up by Albion reinforcements and although having been more successful than his Earth history counterpart, in the end, Hochemont's campaign would meet the same end.

What then to do? 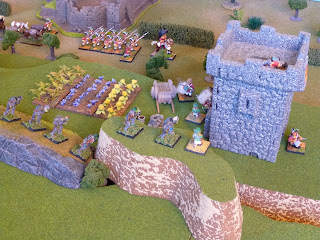 The answer is really quite simple: "Freeze time".

"Freeze time" is a term that I use to describe the passage of time in various fantasy and sci fi miniature universes. It can also apply to television series frequently.

Simply put the overall strategic situation is left unchanging and various lower level actions and initiatives can then be played out against that back drop.

Hochemont will be forever about to swoop down on Dungslough and Bubblin, while the forces of Albion are equally forever preparing their counter stoke. 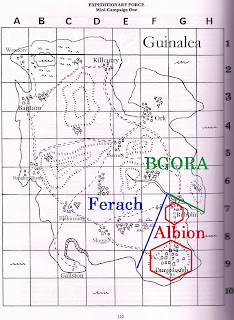 In the mean time there is scope for all sorts of derring-do.  Young brevet Lt. Giglamps has already set out on his epic Cattle Raid of Sluggo, as will be seen.

Another, even smaller scale, campaign has also kicked off as Sgt, Burton of the Connartist Ramblers tries to shepherd a small band of stragglers to safety in the aftermath of the Battle of Barney.

The first battles of both campaigns have indeed already been worked out, and will, in due time, appear on these pages.

Hopefully there will be many, many more. 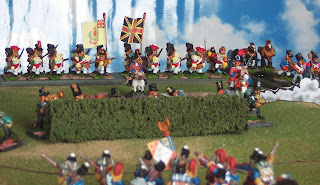 After all where else can one have black powder orcs, elves, toads, and rabbits have a go at dark age orcs, goblins, and wee folk, as well as one another? With the tribal populace supporting both sides of the conflict, admittedly with a leaning towards the Republicans,  can a unit of regulars ever be sure  that warband off in the distance is friend or foe?

That's all for now and thanks for stopping by!
Posted by M. C. Monkey-Dew at 1:34 PM

Email ThisBlogThis!Share to TwitterShare to FacebookShare to Pinterest
Labels: Giglamps, Muskets and Shakos, The 98