Been digging out some figures for photos on the Facebook Oldhammer Community.

BTW there is a planed Oldhammer gathering in Allentown PA on August 7th - 9th this year. Not sure if I can make it but it sounds like fun. 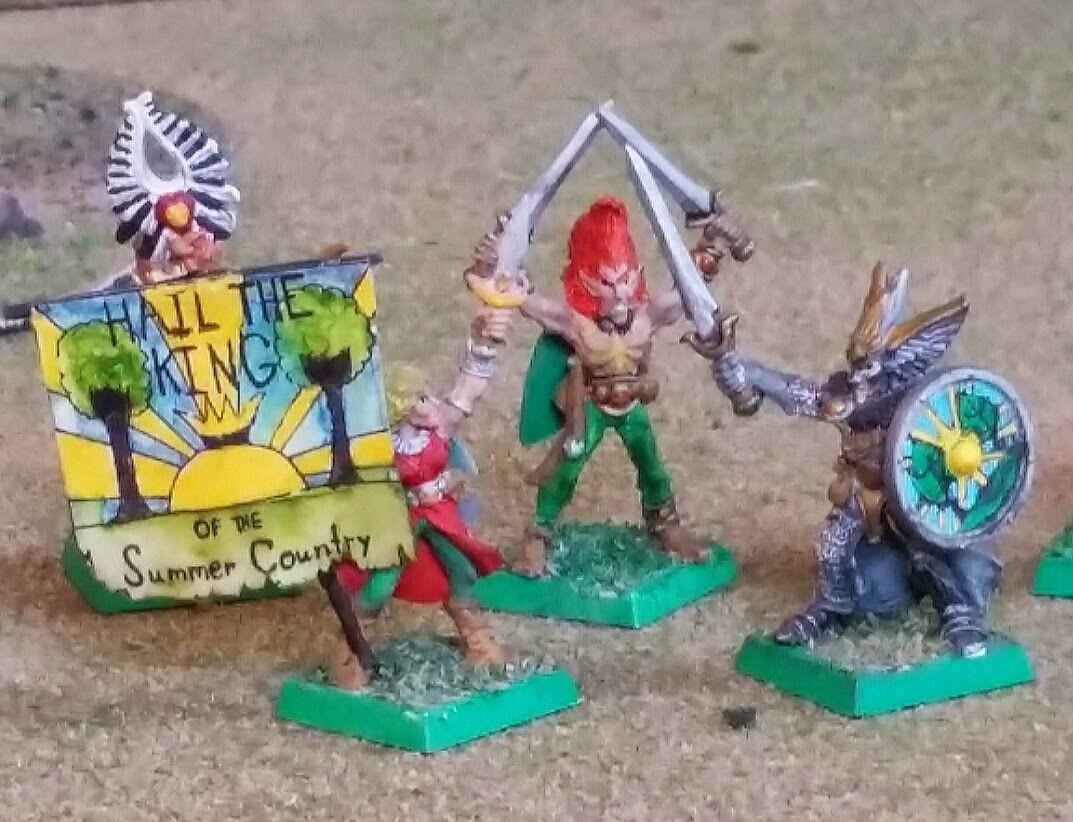 These are all figures that I painted around the time 3rd edition was released.

Except for Gotrek and Felix who are about fifteen years younger than the rest. 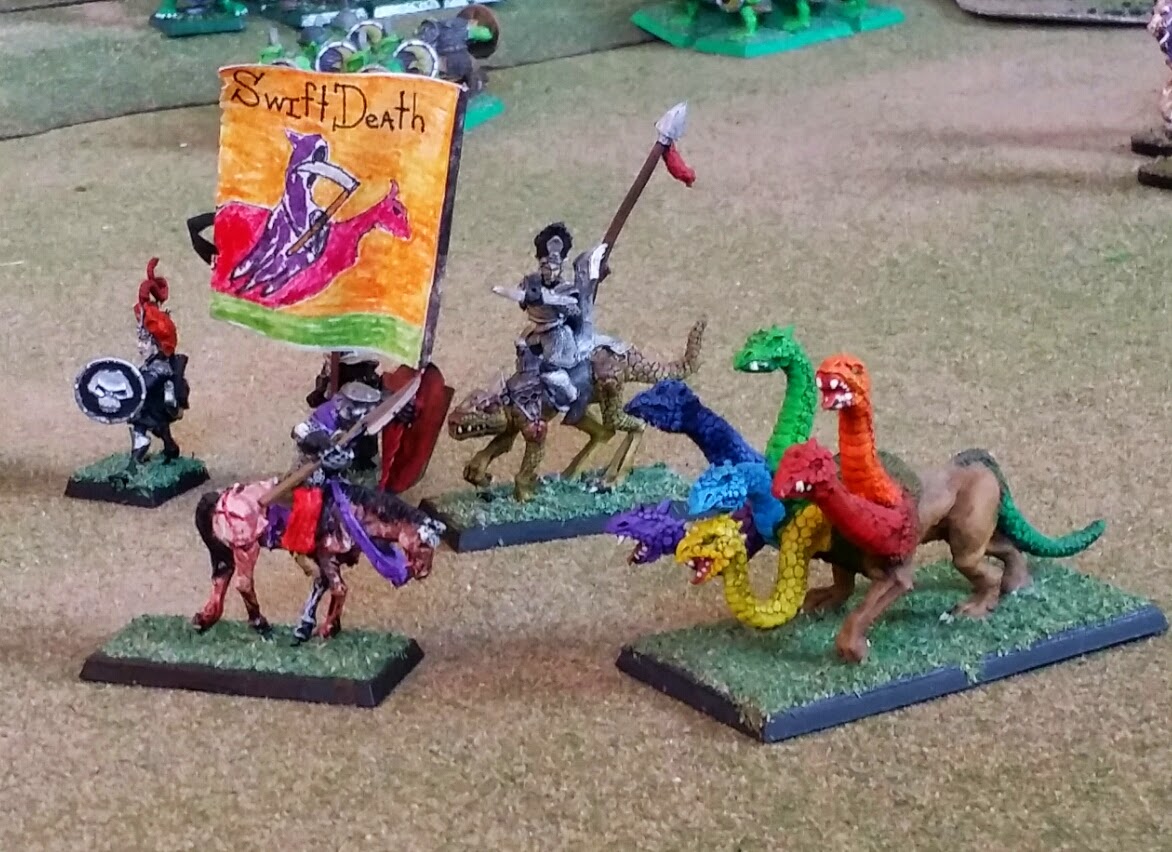 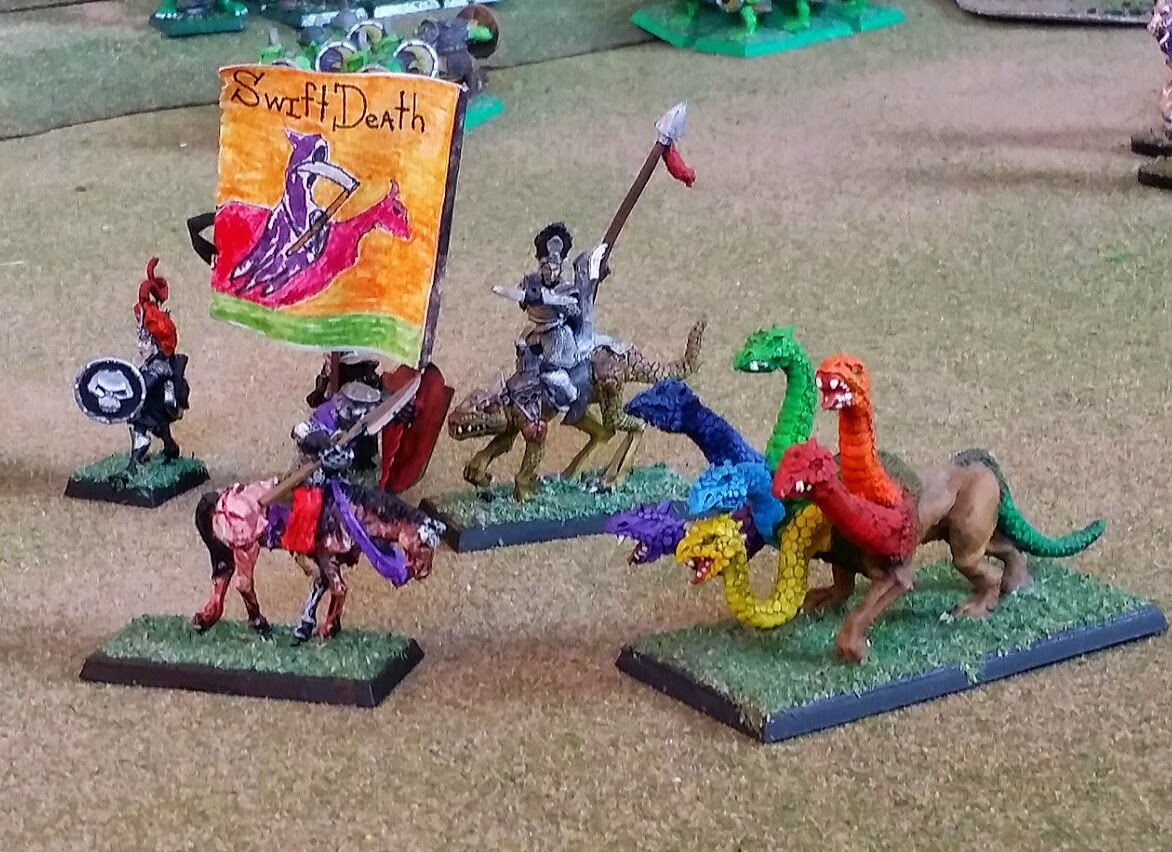 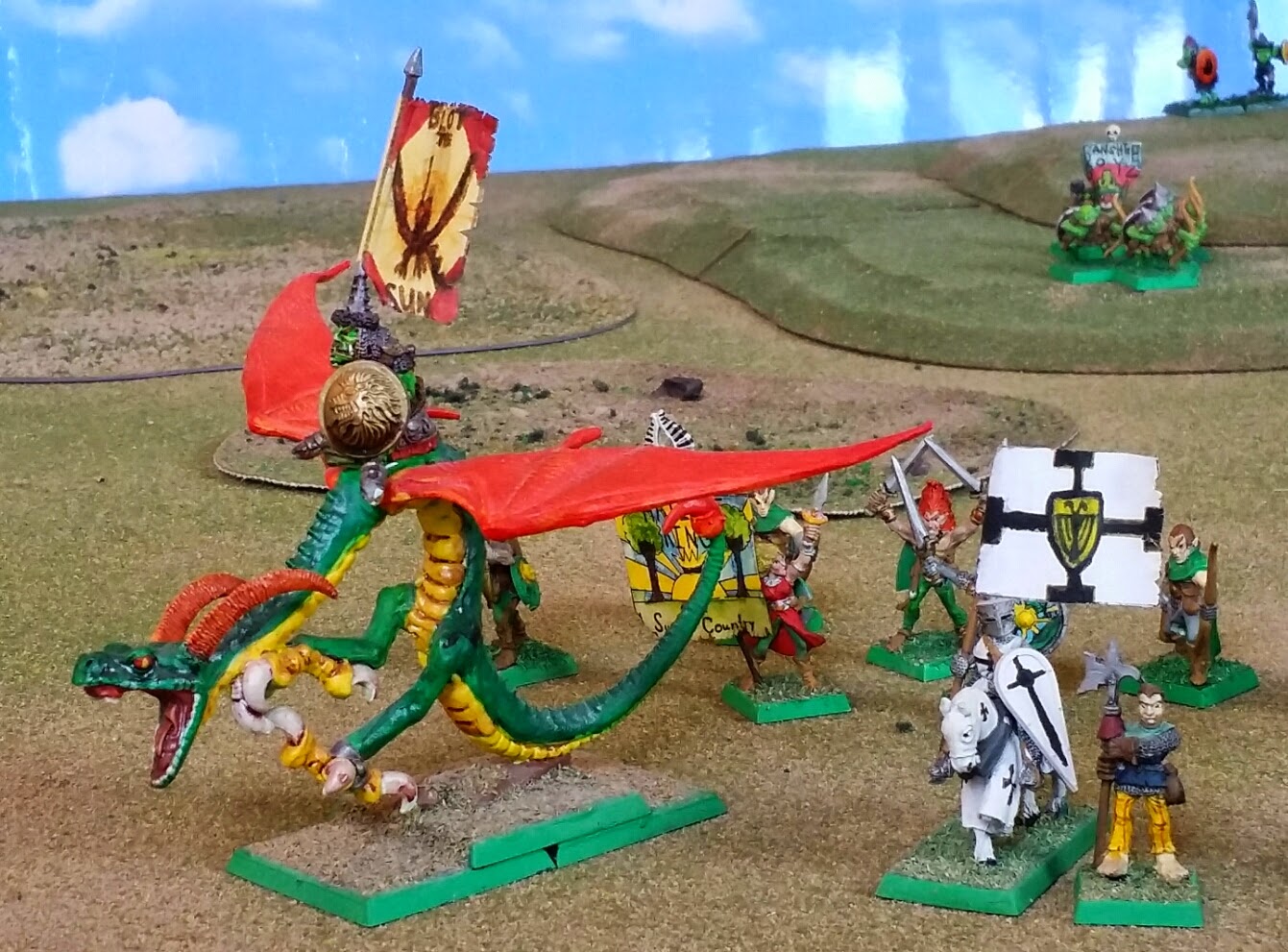 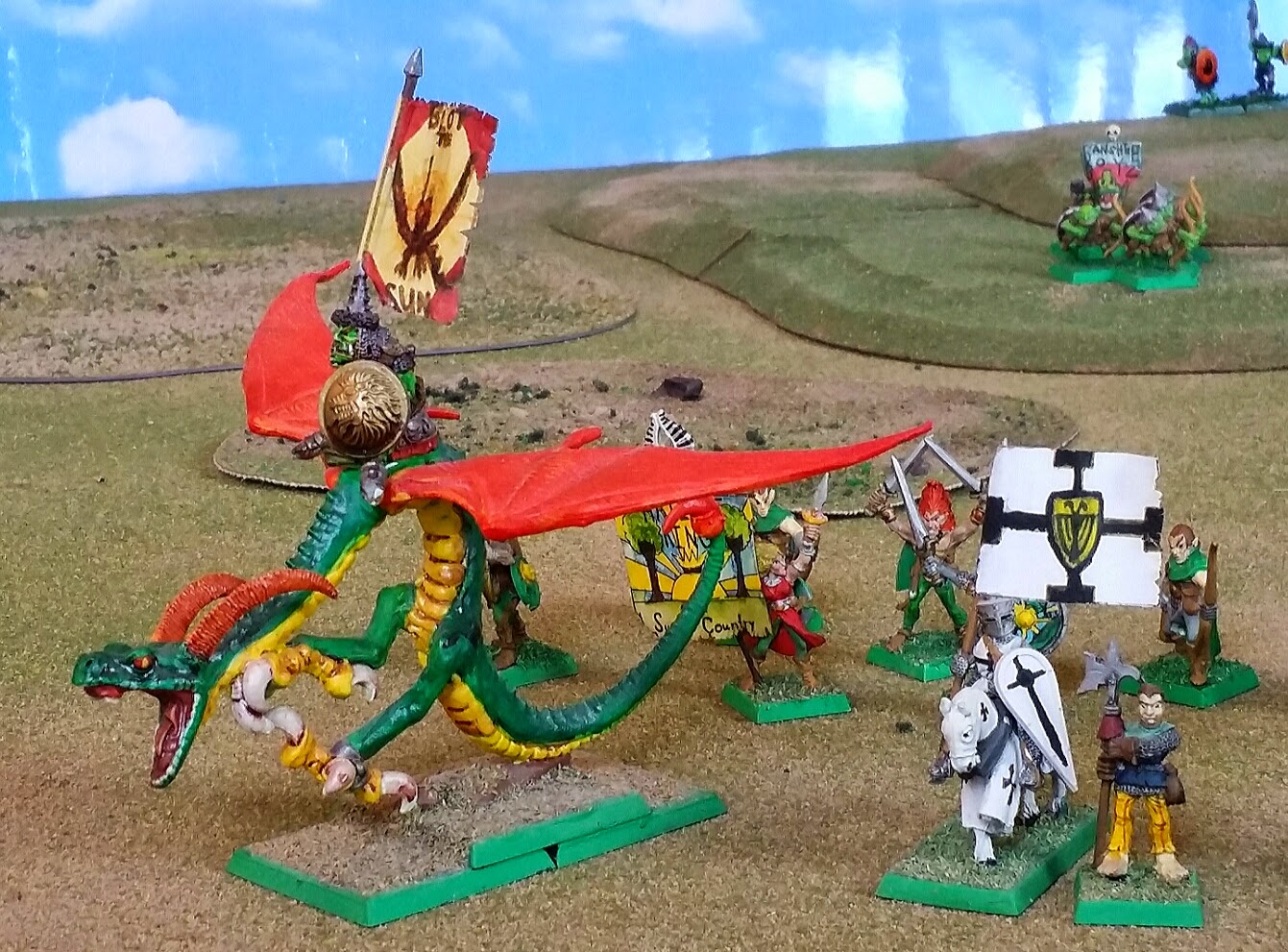 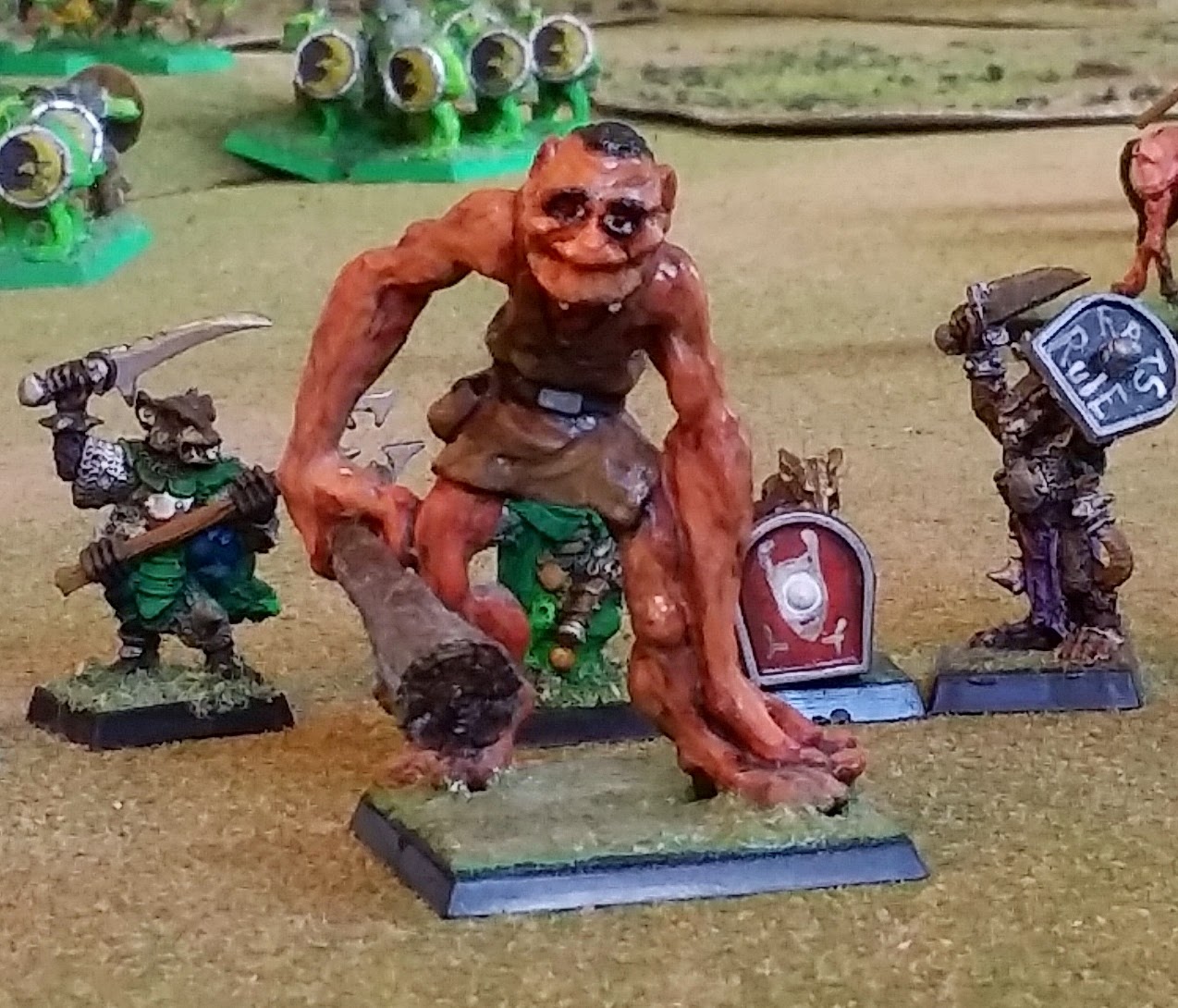 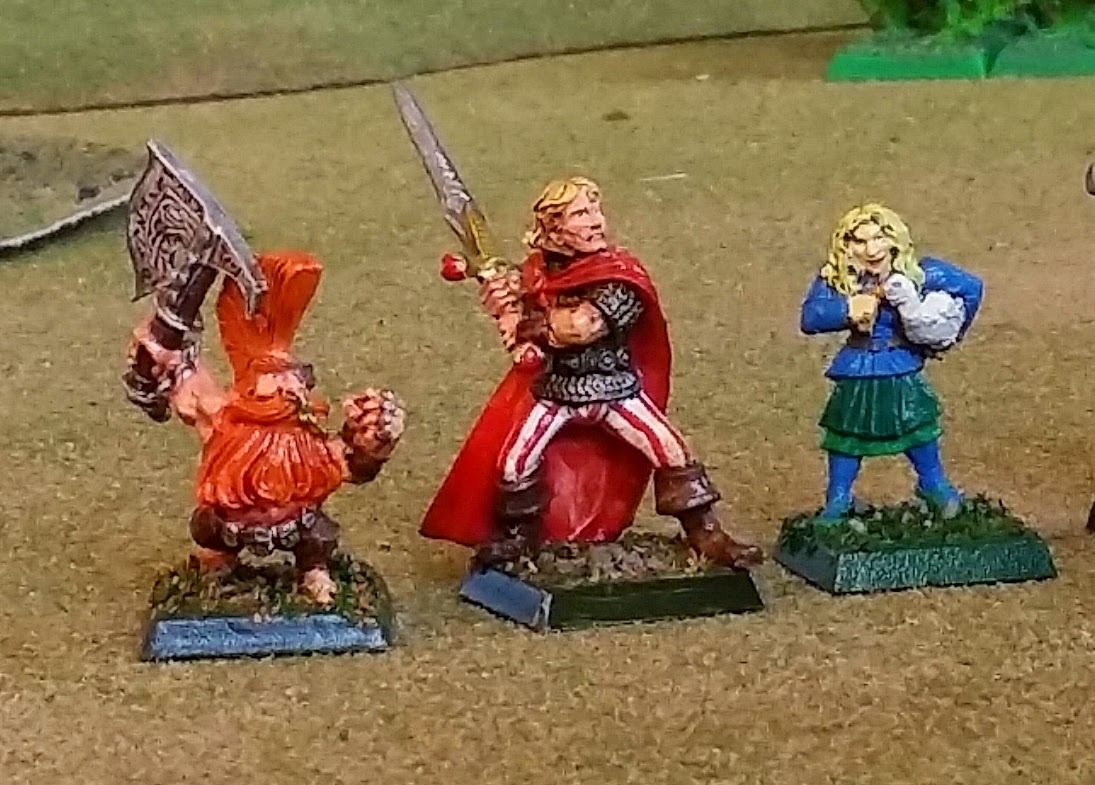 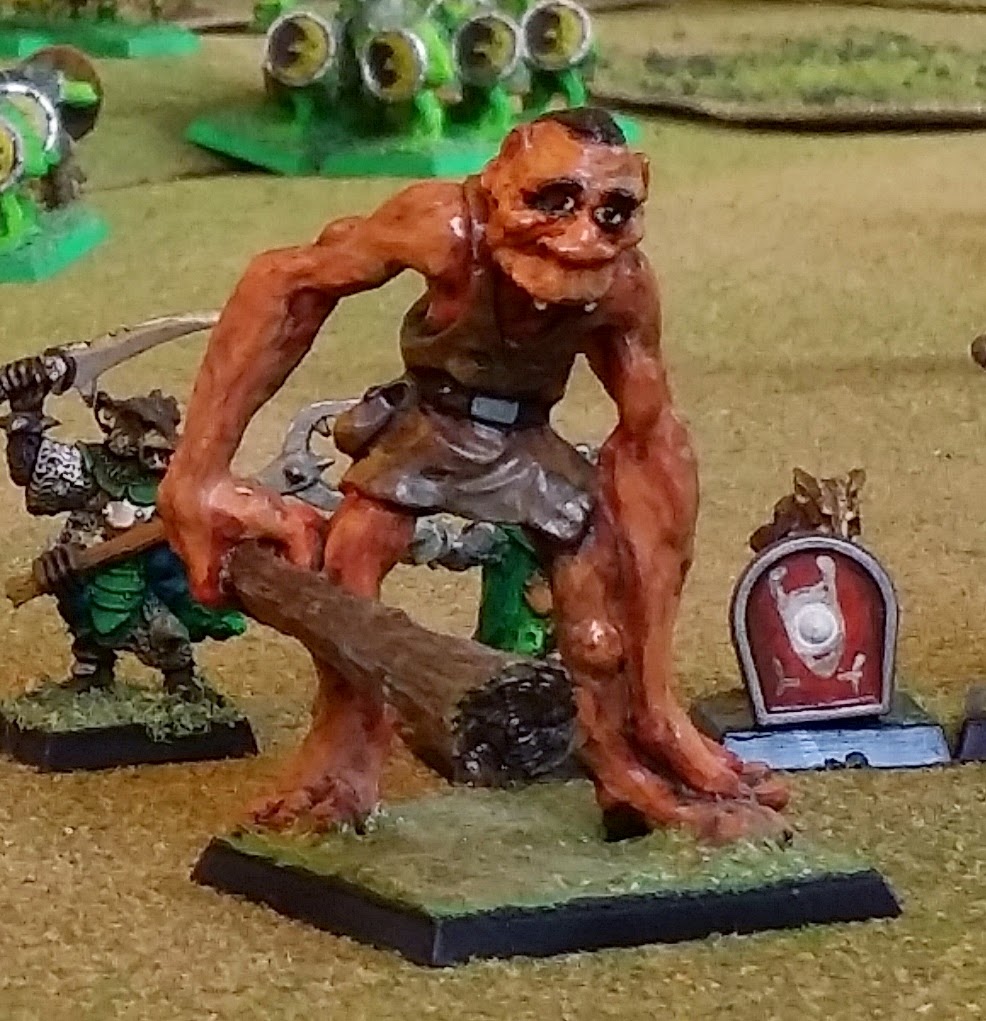 The Giant is my all time favorite figure. Such a presence and such a great look on his face.

Der Kleine Frederick and on of his Gentledwarf Officers 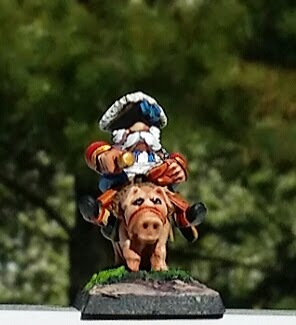 Finally got around to painting Der Kleine Frederick. He started life as an Alternative Armies studio painted Baron von Rotte. The original painting was splendid as evidenced by his un-retouched mount. However I wanted the old chap to have white hair, blue coat with red cuffs etc. so slapped some paint on. He came out quite acceptably. 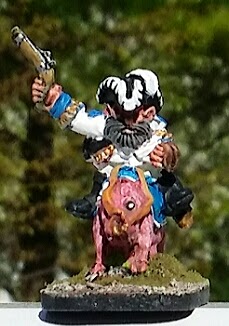 This is another AA painted fellow. Again he was in the von Rotte livery of red jacket with blue turnbacks. As you can see he now sports white vice red, and I highlighted some other aspects of the figure. As above the mount remains provided. 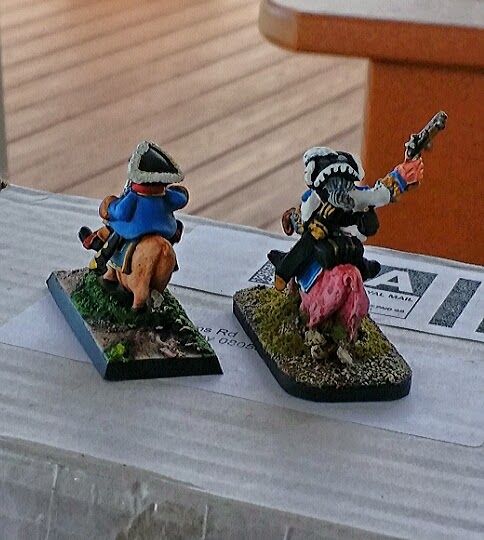 I am particulalry happy withe shading. I decided not to use washes and rely on the old school mixing and blending of ever darker shades of the main colour.

Hope you enjoy the post and thanks for stopping by!
Posted by M. C. Monkey-Dew at 10:13 AM 2 comments:

It's a story as old as Fantasy.
Orc raiders making off with their loot are caught in the open by horsemen. The orcs barely make it to a convenient stand in for Senlac Hill, just in time to set up their shieldwall.

On come the Riders. Death or Glory!

This game uses the same rules as in the ECW and Napoleonic games I posted previously. Suitably tweaked for Fantasy, of course. 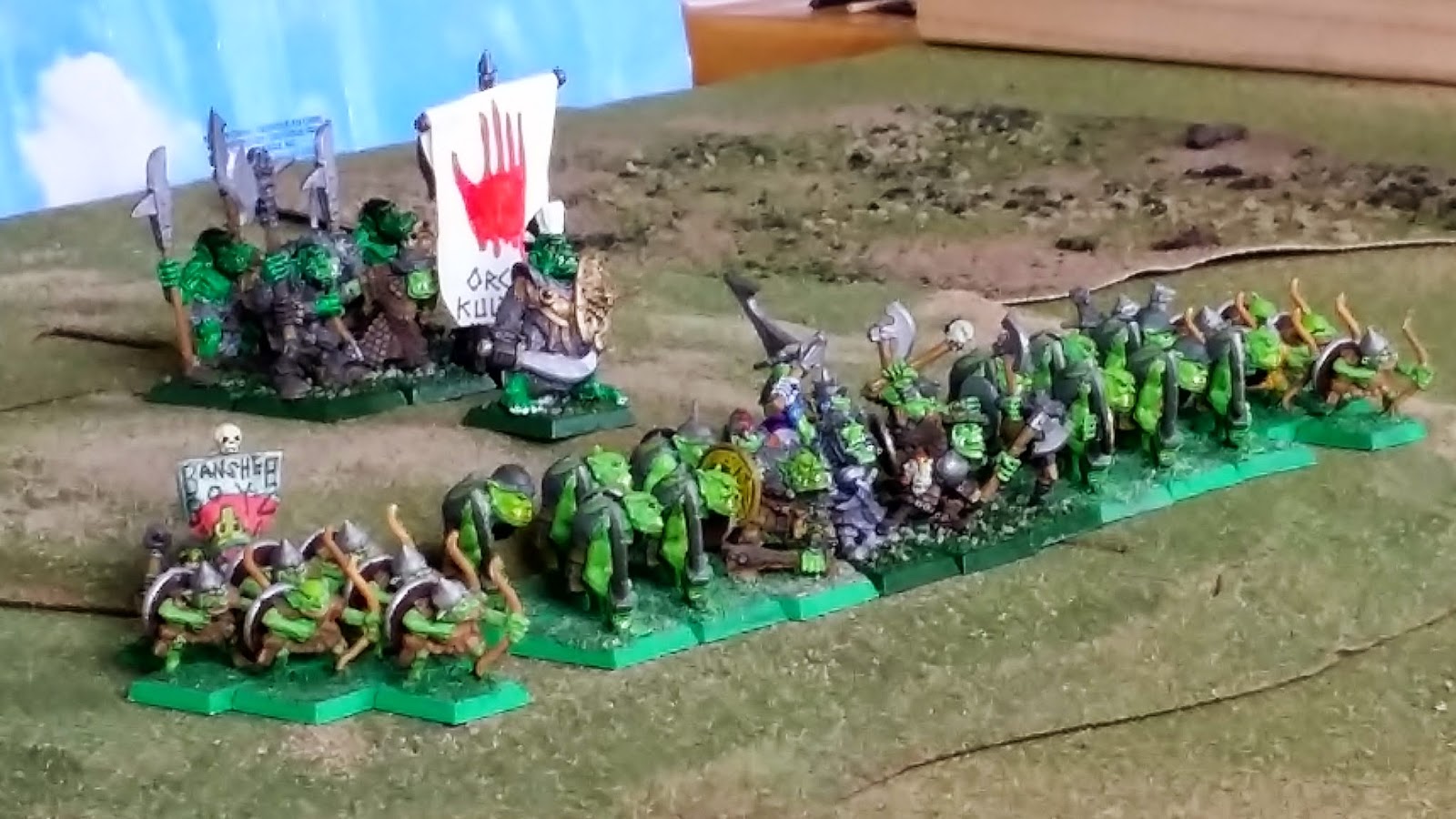 The defenders were a motley crew of GW orcs and goblins from the 80's. Six units, each of six figures. Two goblin bow, three orc line, and one elite orc unit led by an orc hero. The brush work is mine for good or ill. 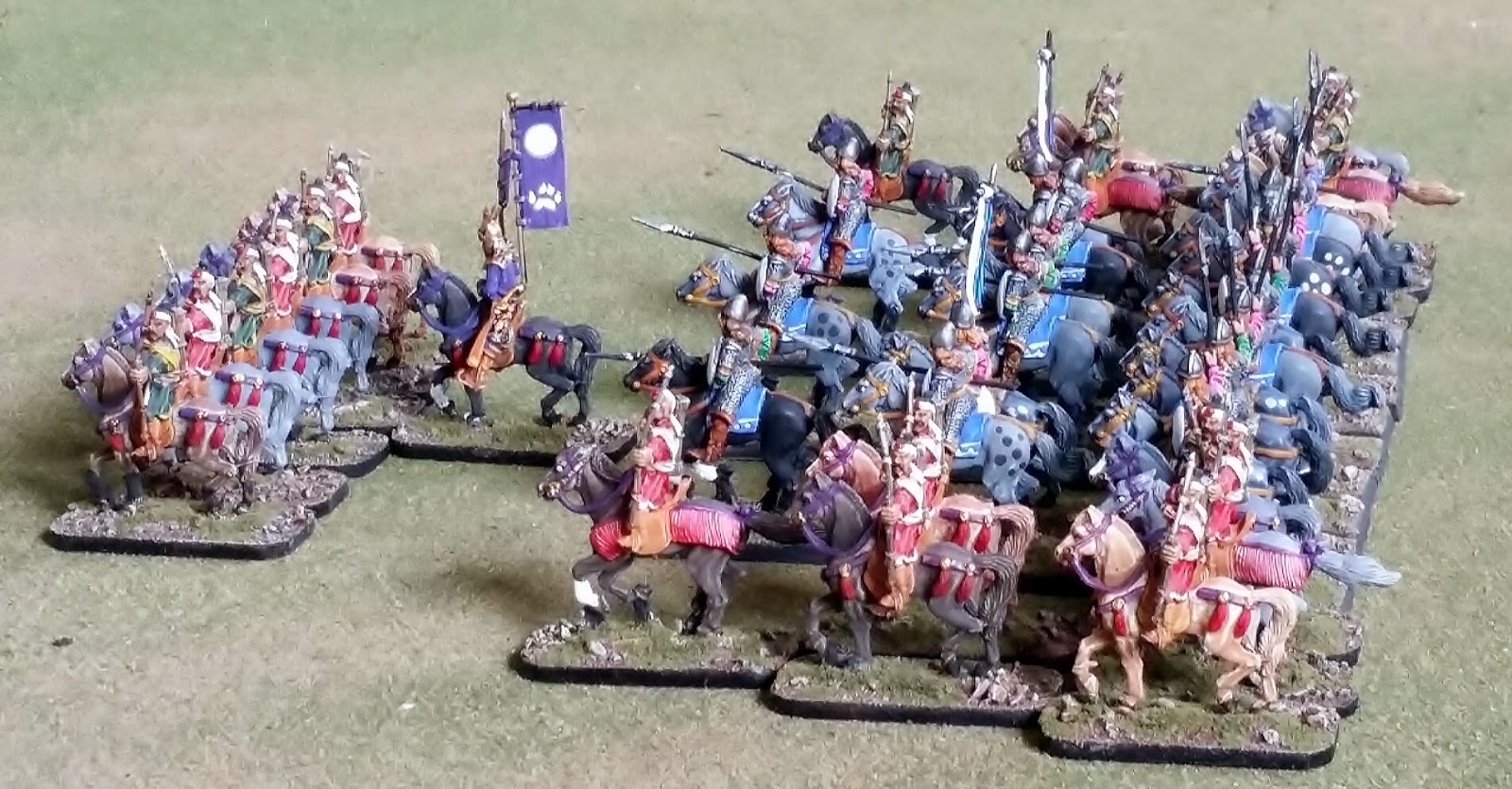 The attackers in contrast are among my newest troops. Three units of lancers and three units of archers, thirty-six figures in all, led by a thrity-seventh, their lord. These wonderful figure came painted an based from my good friends at Alternative Armies.

The day started with some spirited skirmishing. Where I had hoped my three horse archer units would gain an ascendancy over the two units of goblin archers, the result was quite the opposite.

Eventually having weakened the orc center I sent in the lancers. 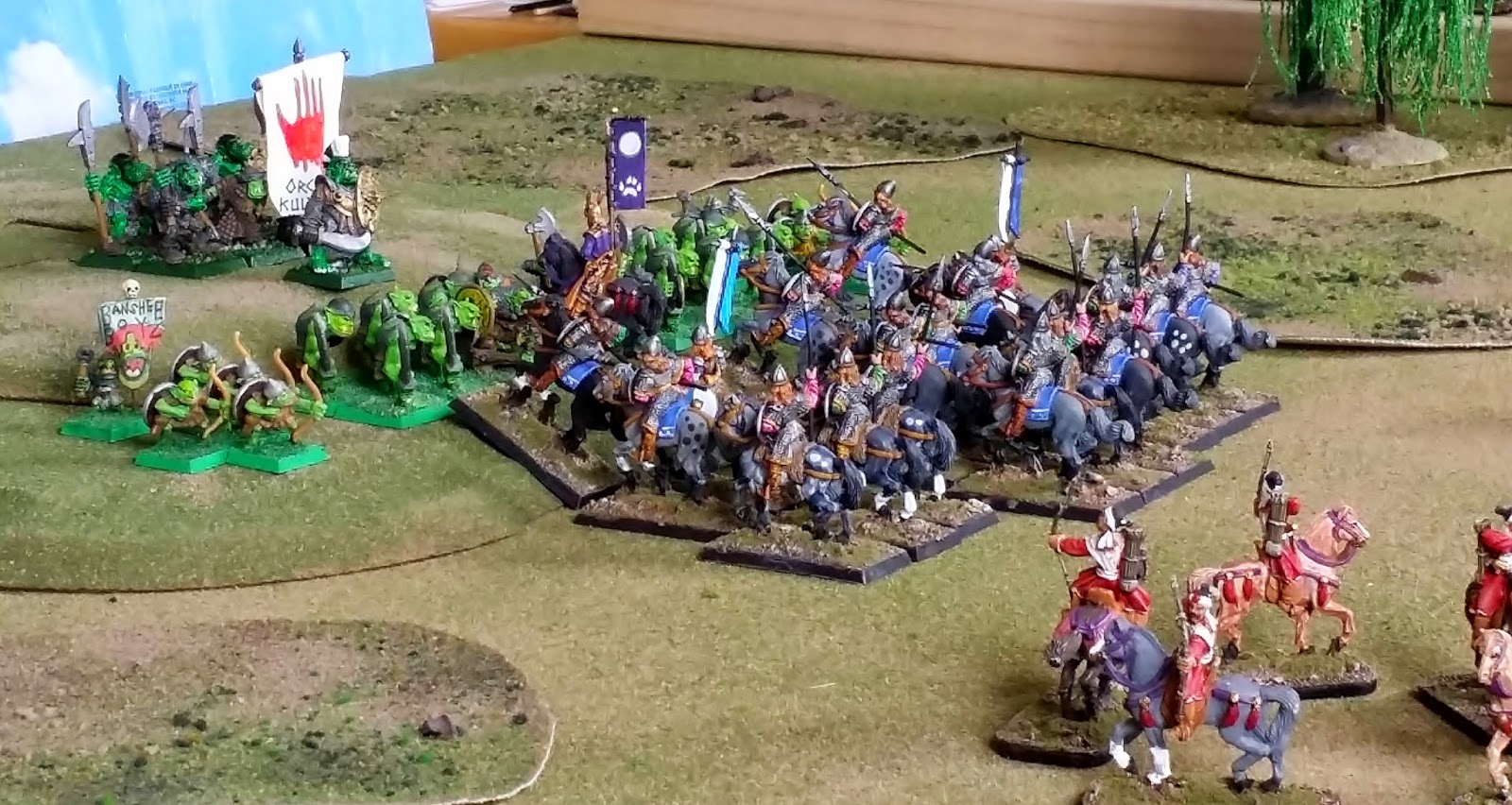 The resultant clash was underwhelming. My center squadron defeated the center orc unit. My other two squadrons were repulsed.

My center squadron pursued and ran into the elite orcs in reserve. To either side it was the orcs who pursued my retiring horse. Worse yet, both units caught their prey.

Against the orc center I made no head weigh.

The pursuing orcs did a much better job, driving my two squadrons of lancers from the field. Base cowards and curse upon them three fold!

At this point my forces bogged down with the orcs getting all the initiative. 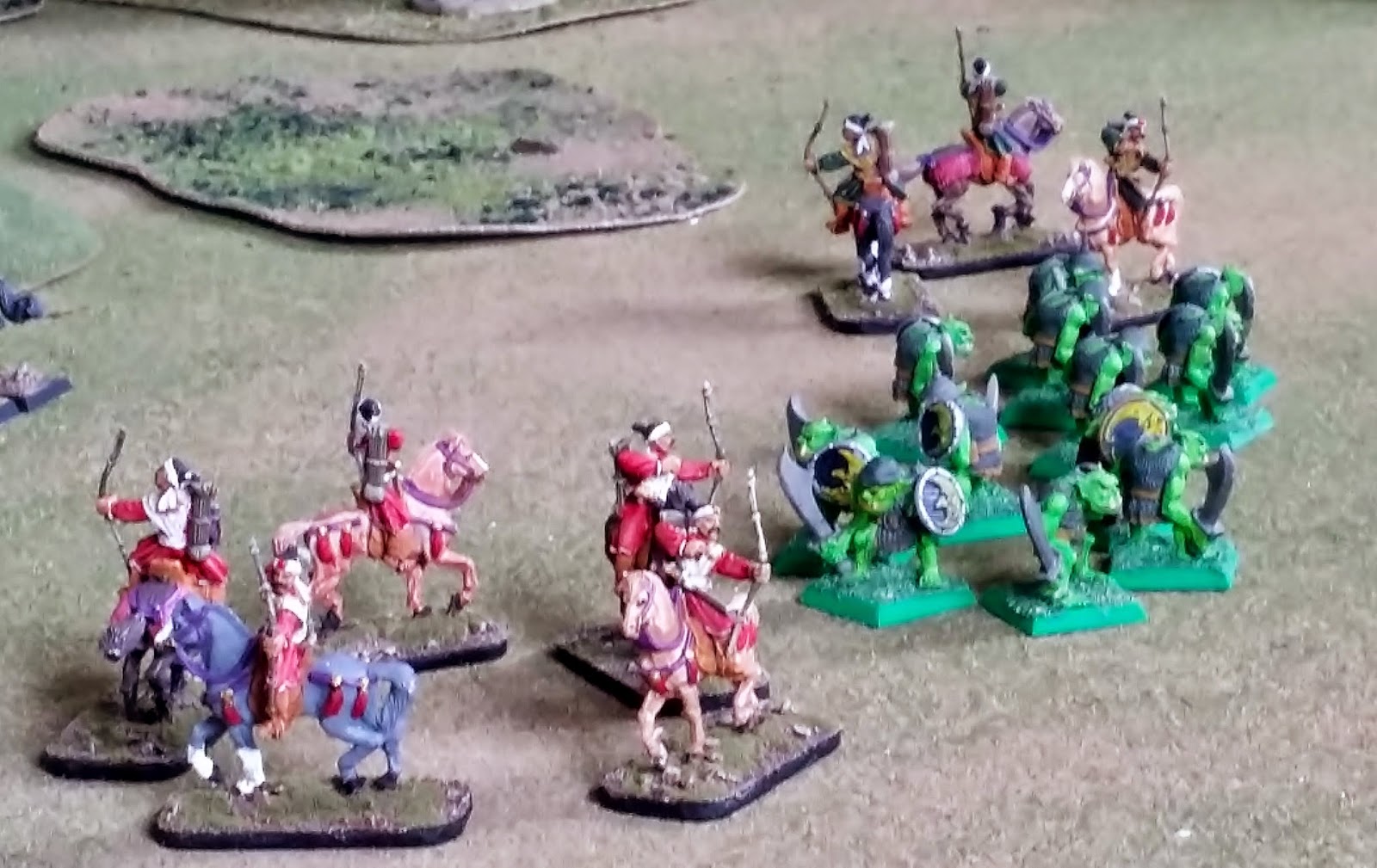 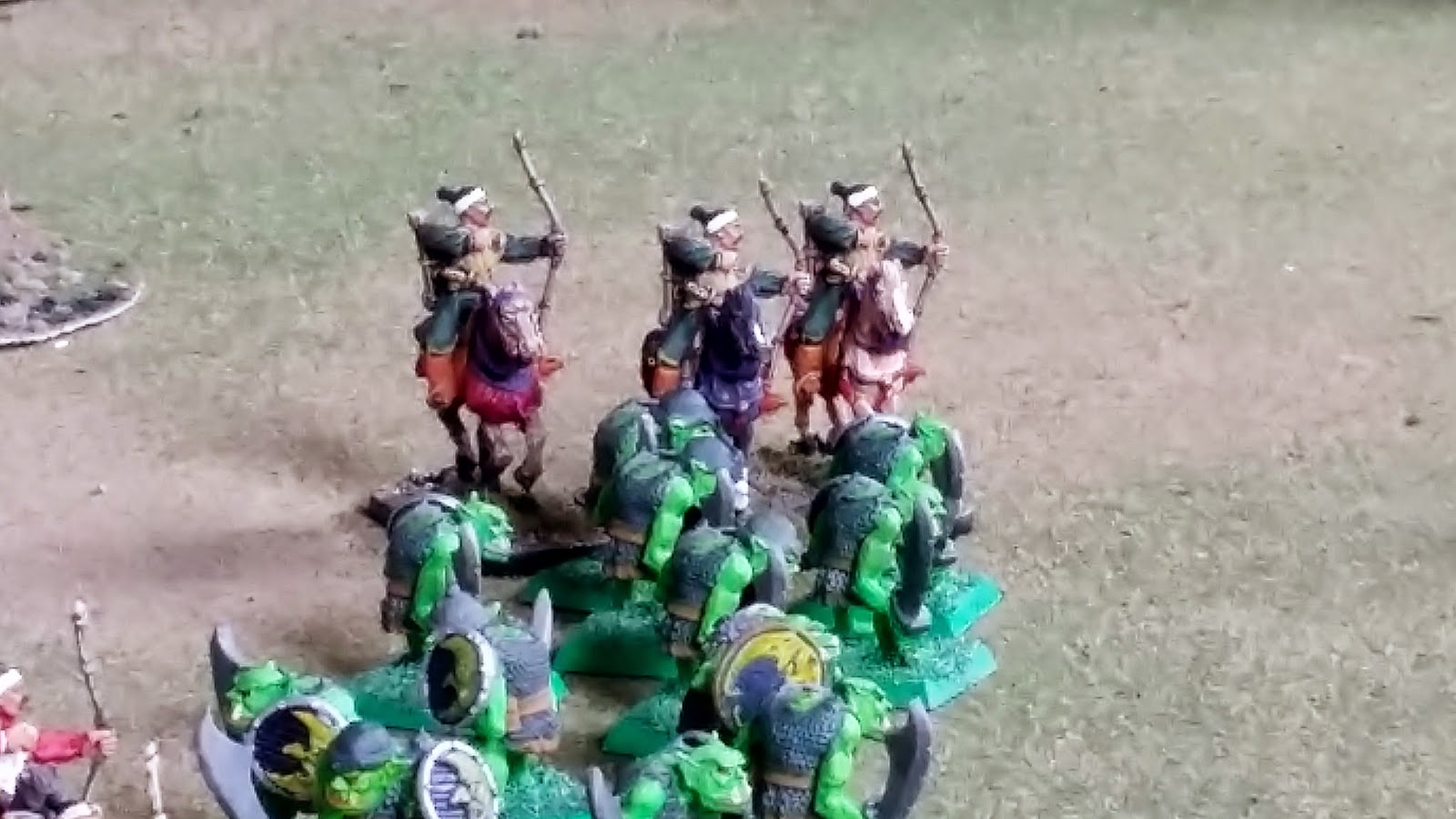 I managed the odd charge but the orcs weren't having any of it. They stalwartly moved back to their start line, seemingly impervious to my archers.

The orcs scored a final insult, or rather the goblins did, inflicting losses on my remaining squadron of lancers as I quit the field.

Oh the ignominy of it all!

On the bright side the rules worked a treat.

The orc kept a reserve, something that in my hubris, I neglected to do.

Hope you enjoyed the tale and thanks for stopping by!