Received these very colourful, painted and based figures from Alternative Armies in Scotland!

As usual you may left click on any photo to see a larger version of it.

They are from a range designed for the Culloden Museum, however they are not currently in production.  However if you ask nicely...

My requirement was for about one hundred figures to take part in both historical and black powder fantasy games...well and just plain fantasy if you add in "The Tragedy of MacDeath". 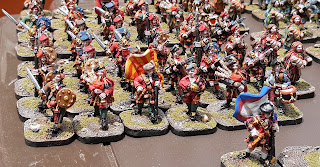 There are four clans each of 24 fighters and two women with babes in arms to cheer on the menfolk.

Each clan has a leader,

and a mix of figures with, 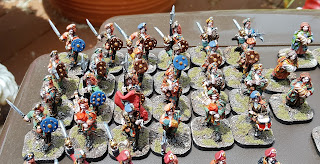 and the odd musket.

A fine and fierce looking bunch they are too! 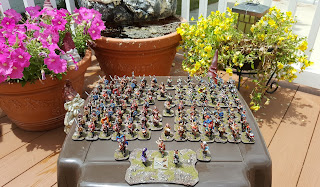 In addition there is a figure of Bonnie Prince Charlie himself, a standard bearer and this lovely sword dance vignette. 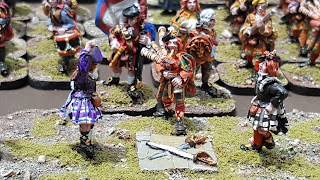 For the black powder fantasy side of things there is an alternate leader... 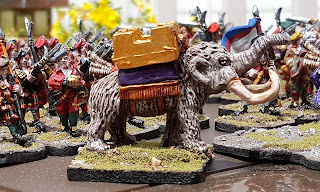 Wee Woolie Prince Charlie, the King Under the Glacier.

Wee Woolie Prince Charlie was quite incidentally thawed out of his icy exile when Mordred, Emperor of the Ferach Elves used his power to enforce the Ban of Wylde Magick from Valon. 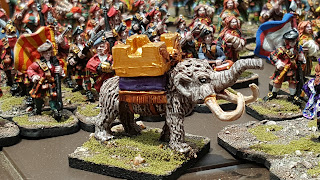 Since that day the wild humans of Joccian along with some of the wilder ratmen of the realm have rallied behind Prince Charile, styling  him "Mammuthus Primigenius",  Rightful Kyng of Joccia, Guenelea, Taffsea, and Albion.

Naturally the reining Kyng of the United Kyngdoms, Gorge the III of the House of Hunvaria is having none of this, and has mobilized his orcs, hobgoblins, and loyal ratmen to put down the rising.

Another absolutely sterling job by the Alternative Armies painting staff and my thanks to Jim Syme for offering to have these cast up for me.

As always hope you enjoy the post and thanks for stopping by!

Email ThisBlogThis!Share to TwitterShare to FacebookShare to Pinterest
Labels: Black Powder Fantasy, the 45

Looking further afield for heroes to lead my Three Kingdoms armies, these fine fellows have just arrived from Guandong province. 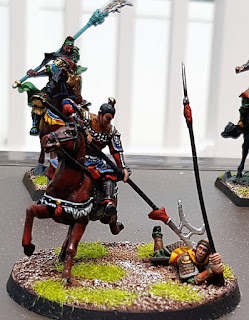 Lu Bu on his horse Red Hare. Lu Bu was said to be the finest warrior and Red Hare the finest horse under heaven...However Lu Bu was treacherous and murdered more than one adoptive father! 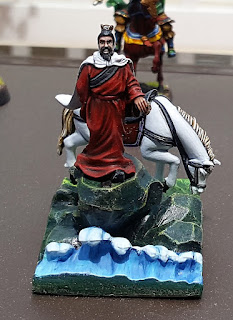 Cao Cao was low born but rose to great power during the dissolution of the Han Empire. Cao Cao was a man of great ambition. It was he who supposedly said " I would rather betray the world than let the world betray me". 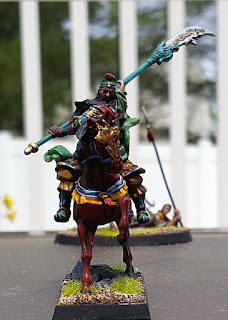 Last but by  no means least, comes Zhang Fei. Zhang Fei was Liu Bei's other sworn battle brother and another of the Five Tiger Generals.  Armed with Serpent Halberd and as quick to laugh as to fall into a battle frenzy Zhang Fei is a sort of Brian Blessed of the East.

Very happy with these figures. Near as I can tell they were produced by Flying General Workshop. 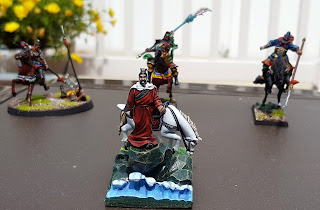 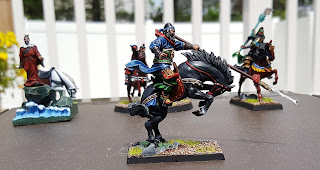 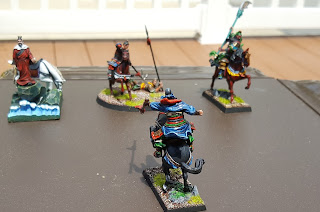 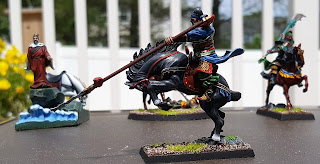 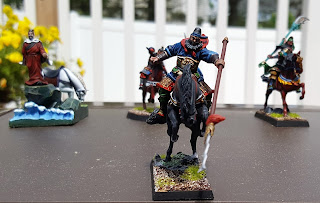 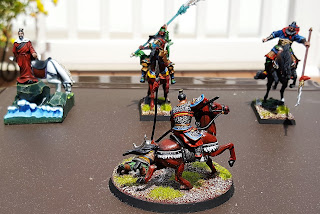 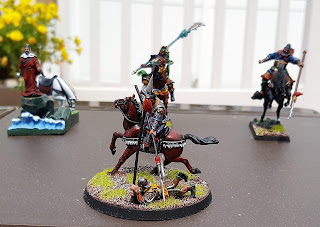 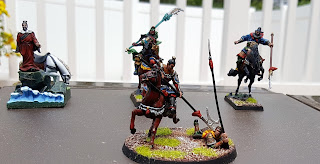 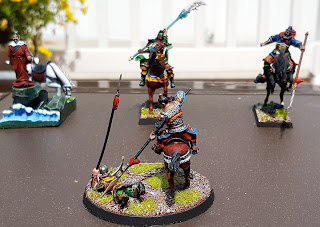 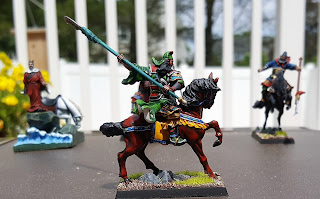 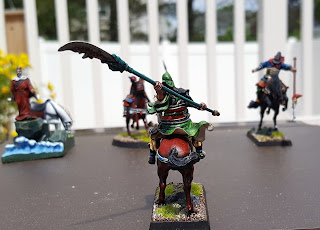 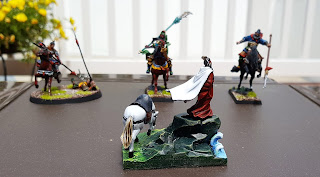 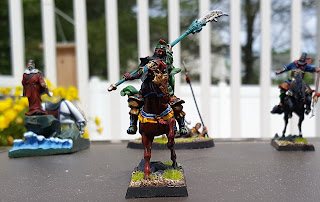 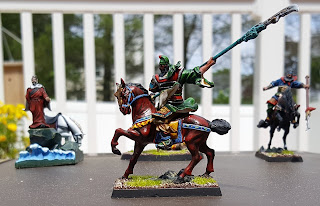 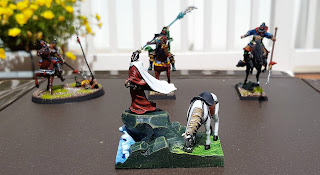 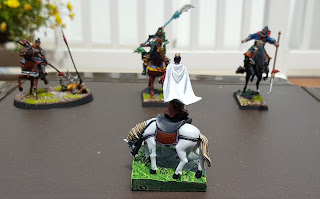 And finally, if you have made it this far... 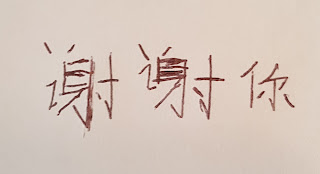