Received a lovely troopship from Scotland this week.

Amongst the new comers are much needed support for the Kingdom of the Two Sicilies, and the Kingdom of Naples, or Neoplise Rebels and Regulars depending on your point of view and rules of choice. 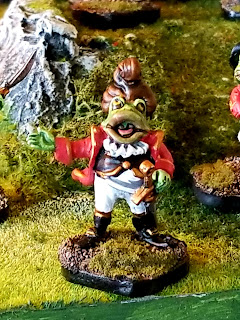 "On yonder rock reclining,
Behold that bold and fearsome Toad
Fast his hands his carbine hold,
It is his best friend of old"

- The Song of Fra Diavolo

Been wanting a Fra Diavolo figure for years. It was one of those projects that never took flight.

Finally called on Gavin Syme of Alternative Armies to do the hard part :)
Gavin  graciously offered up this as yet unreleased figure of an opera singer, modified with sword belt. 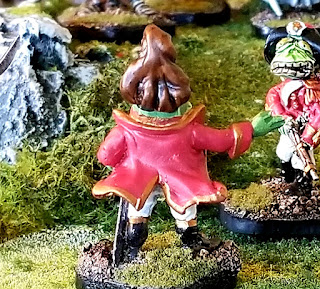 Painted by the great Alternative Armies staff it came out a treat.

And here is the inspiration: 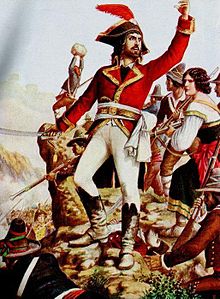 And what good is a rebel leader without rebels? 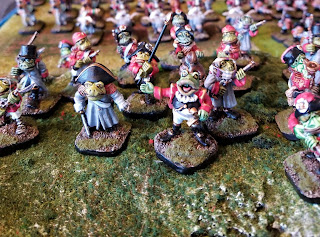 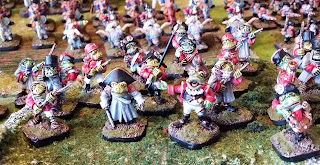 Gianmatteo Tonci of Chimerae Hobby Group has written a series of cracking Flintloque scenarios featuring the exploits of these fine Toads. You may download them by left clicking here.

And another long term project to bolster the Impiralist forces:

Admittedly inspired by first, the need to use more adorable hippos, and a pun, this gun and crew will provide much needed support to counter insurgency forces and Imperial field armies the length and breadth of Urop. 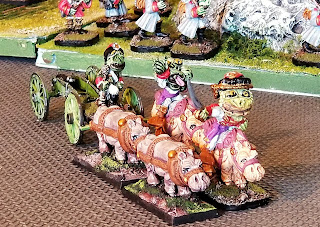 As usual, painted by the AA staff, I used the Todoroni cavalry officer ad singer painted in artillery crew colours to represent the mounted gunners.

Think the effect is quite nice. 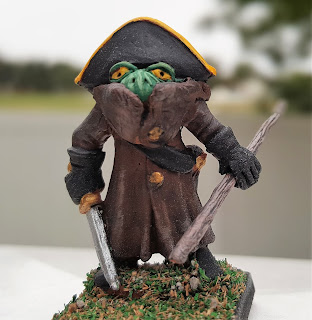 ...is a conversion of the officer figure that can be seen standing next to Fra Diavolo.

Using greenstuff I built up his collar and gave him a plastic staff, then painted and based.

Readers will no doubt have sussed that he is an homage to the excellent film "Brotherhood of the Wolf".

Finished Faccia di Rospo some years ago and he has proudly served as part of the Coalition forces League of Extraordinary Mentalmen ever since although he has always meant to have had ties to the Nepalese partisans.

Hope you have enjoyed your visit.

New Edition of 95th, Adventuring in the Napoleonic Wars 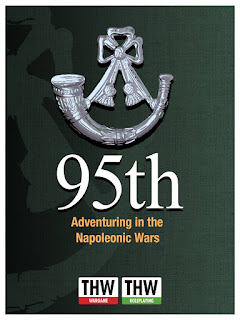 This is a new edition of our Napoleonic Skirmish game. This version is self contained and even comes with counters that can be used instead of miniatures if you prefer. 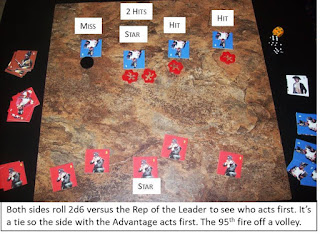 It is also a lighter set of core rules designed to make each game play quickly so you can get on with the campaign and the rewards and pitfalls associated with it.


As always this game can be played head to head, co-op,or solo with the rules providing a complete AI to determine and run opposition forces.

You may read some more about it on the Two Hour Blog here .

You may purchase it here.

And my heartfelt thanks if you do :)

And as always, thanks for stopping by!