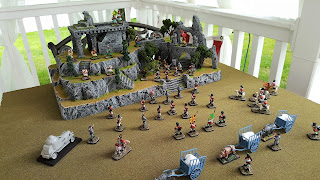 More years ago than one cares to remember, I saw a photo in a book by Donald Featherstone. In it, Airfix 8th Army figures backed by an armoured car and a tankette, were assaulting a ridge held by Airfix Bedouin. This was meant to represent an action on the North West Frontier in the 1930's, Bedouin serving as Pathans. 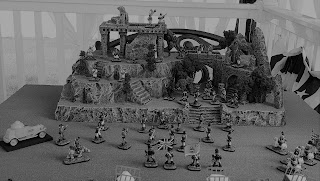 It made quite an impact. 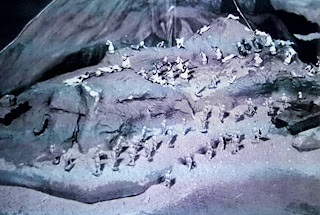 Here is an all too low res jpg of the original.

Always in the back of my mind, I kept looking for just the right armoured car for purposes. You see this author had become fixated on the Crossley India Pattern. Have always wanted the later Chevy chassis, however, not being of a mind to scratchbuild one, I bided my time... 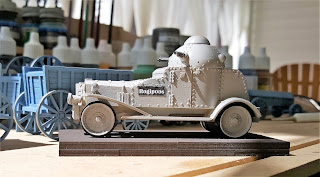 The Honorable Lead Boiler Suit Company has just released an early Crossley India Pattern with the Rolls Royce chassis. I couldn't resist. Above is a photo of No. 1 Highland Armoured Car Troop, Otteristan Field Force (No. 1 HACTOFF), styled "Rogipoos" after a fallen hero of the Mordredian Wars. 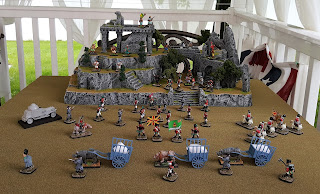 Long wavering over fantasy or historical figures, I finally came down on the side of fantasy. Redcoats in the 1930's? Why not. Towed machine guns vs. orc-portable? Check. Flying carpets? Soon. 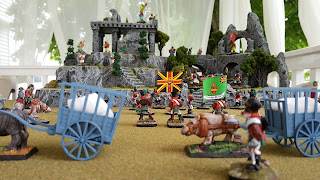 And so armed with these notions I present ... 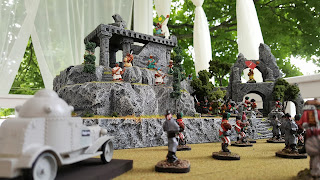 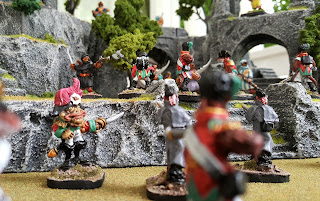 ...The Toad Hall Fencibles (The Wild Wooders) defending a convoy from an attack by... 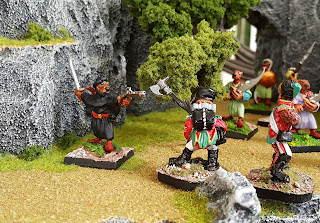 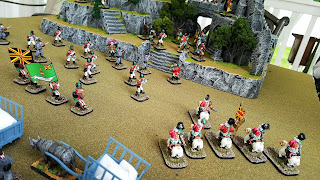 Haven't got a tankette yet so Rat Hussars have filled the bill ( with a nod to the late Peter Sallis. You shall be missed.) 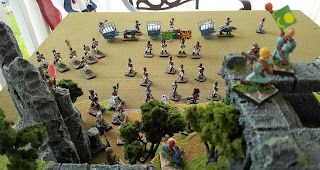 Of course all of this was in aid of recreating that photo from long ago. 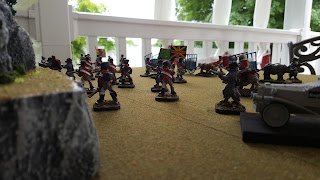 So if you are a hobbyist of a certain age, my hope is this will spawn a certain warm nostalgia. For the younger perhaps an inspiration to seek out the tomes that gave birth to the modern wargaming hobby.

On an unrelated note, Real Life has kept me from working on new games. Hope to get back to it soon.