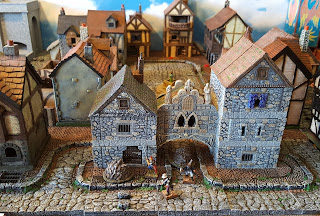 With all of the clues pointing to one man and one neighborhood, the Watch moved in for the kill.

Fort this game I was playing the role of Felix, the chap with the red cape above. Felix is a Rep 5, Warrior Hero Star.

With me were Brother Hengist and his dwarf Bors, both Rep 5 Inquisitors, with 3 hits each. Gotrek, a Rep 5 Warrior Hero with 3 hits, and three ordinarly Watchmen, Rep 4, 1 hit each. 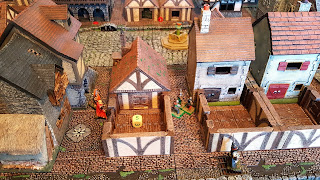 The Miasma of Magic was a not very helpful 5, and worse yet, stayed that way throughout the game.

My plan was to approach the neighborhood through three allies, with each group heading for one of the suspected headquarters. We should have been able to stay within supporting distance of one another, allowing each party to aid the others should need arise.

As it happened, Hengist and Bors hesitated and then gave ground when they first ran into opposition. 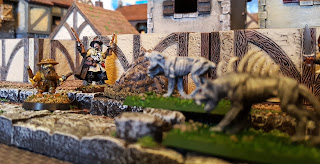 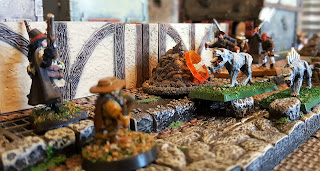 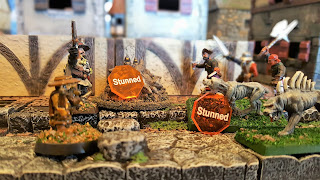 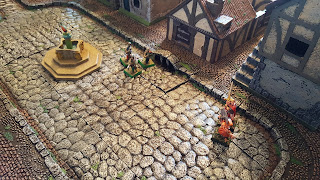 This ultimately worked to my advantage as a prolonged alley fight allowed the duo to keep the guards occupied while Felix and the rest got on with the search. 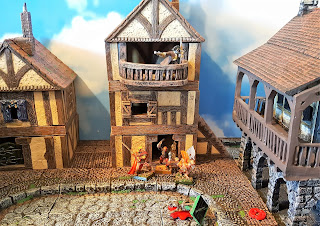 The first house was not the correct one. Worse yet a Watchman was shot down as we approached. 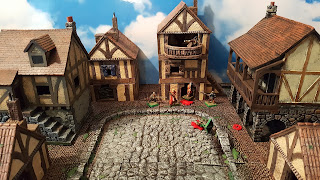 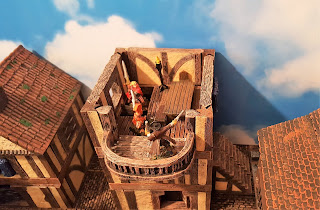 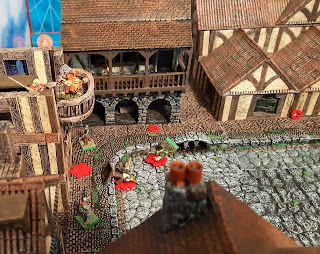 Gotrek made short work of the gunman. 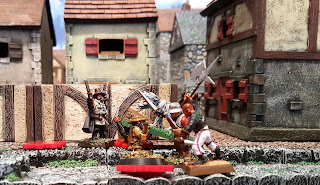 Meanwhile, Hengist and Bors battled on against great odds as hordes of cultists, rat swarms and giant mutated hounds kept piling on. 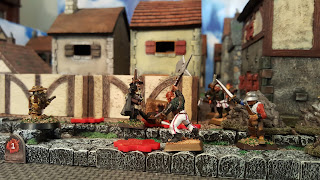 The duo were taking wounds but kept on fighting.

The second house turned out to be the cult HQ. 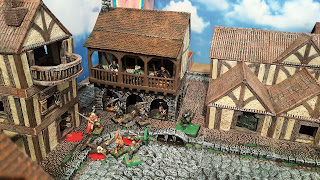 The man we were seeking turned out not to be a man at all but a rat! 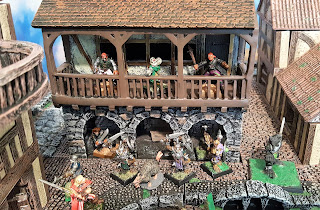 A fierce fight erupted in front of the cult magus, as cultists, ratmen, and a Rat Biggun, emerged. 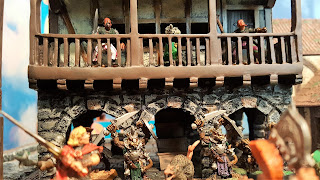 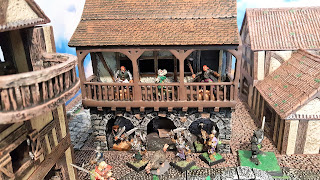 It was touch and go. 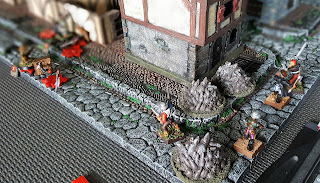 Back in the alley the pressure slackened,

...and finally subsided as the cultists in that quarter had had enough. 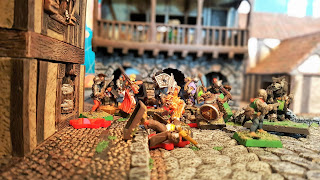 The melee around the cult magus was intense. 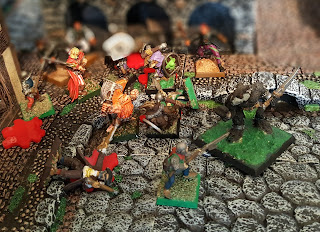 The cultists and rats weren't too much trouble, although they were hanging on. 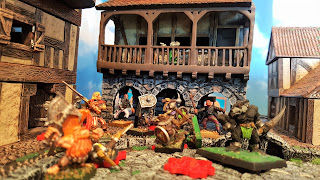 The Biggun on the other hand was individually more dangerous than any of my fellows and symied by the mass of cultists and ratmen we couldn't gang up on it. 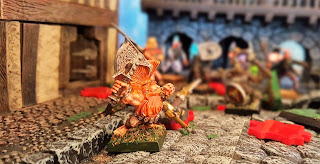 It tore up one of the Watch and set its sights on Gotrek. 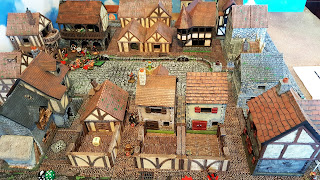 Throughout the cult magus was constantly trying to weave spells, fortunately without result. 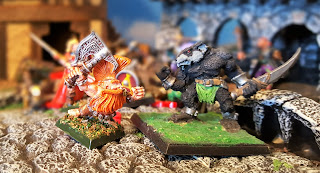 The Biggun was too much for the dwarf and forcing him ever back. 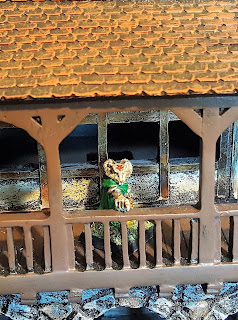 The magus tried again to cast a doleful spell, 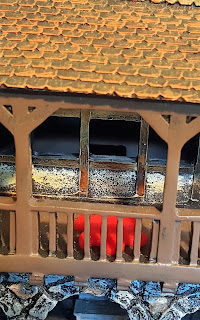 Just to put your minds at ease, in order to meet this unseemly fate the magus had first to roll 5 dice, without scoring a 1, 2, or a 3, on any of them and then had to roll two dice, scoring two 6's. Not entirely sure of the mathematical probability  there, but colloquially it was slim to none.

That knocked the fight out of the majority of the baddies.

I took the chance to interpose myself between the Biggun and the dwarf. 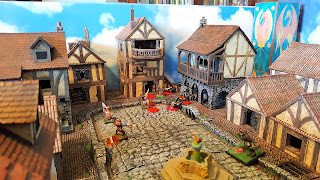 Even managed to wound the beast and it ran away after its friends.

Documents seized in the raid indicate that the main strength of the cult is actually underneath the city...

Next time: Into the Sewers!

The Tatort campaign starts without the players knowing just what sort of cult they are up against. There are three possibilities and as clues are gathered the possible baddies are reduced to two, and then finally, one.

For this campaign I forewent the dice rolls to see who was behind the murders because I really wanted to play against the rat men.

Should you purchase Warrior Heroes: New Dawn when it is released, please do fudge the results to fit your inclinations as well if you prefer not to leave it up to chance :)

Moving some drawers about today and stopped to take some photos...