Severed Ears War Beervarian Dwarf Infantry.
Von Rotte Line and Grenadiers painted by the Alternative Armies staff.
2x 20 figure line infantry with some additional figures shown in different configurations for different games.
Ironically given this was the Bits and Bobs order that included so many mounted colonels...Forgot to order one for these fine fellows...

2x 20 figure Slaughterloo or Muskets and Shakos battalions with a small converged grenadier battalion of 14 figures. These can also be used with Charge! if one fiddles with the ranges.

May field this as a 12 figure unit sans drummer and standard. Converged grenadiers would not have a regimental colour, being composed of detached companies from several battalions in any event. 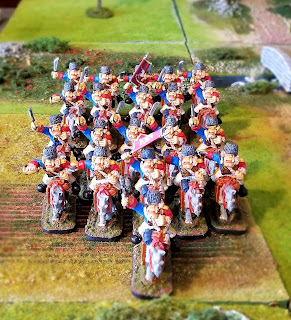 Twenty-one Hunvarian Hussars. Marketed as KGL Light cavalry, here they are presented as Hunvarian army troops. In truth they shall be used as both as needed and possibly others to round out the numbers as proxies. 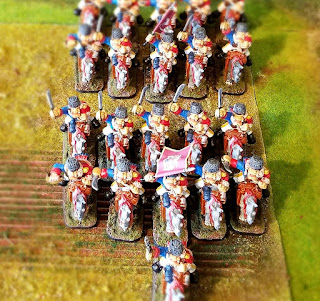 Here is one Charge! regiment or two Slaughterloo/Muskets & Shakos units.

As usual figures painted and based by the AA staff. 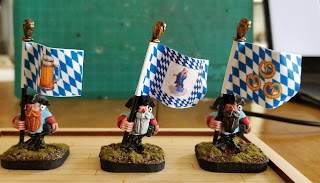 Finally here are some close ups of the colours. 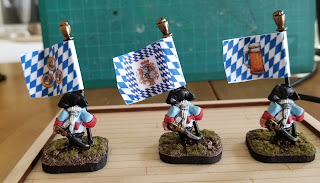 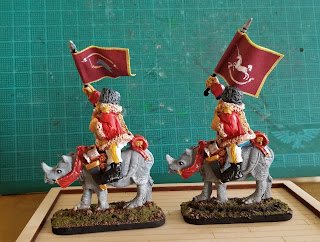 Love the Unicorn of Hunvaria. The Ogres do too apparently. 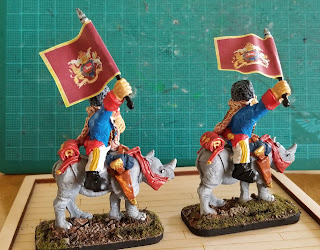 Maybe that is why they ride rhinos?