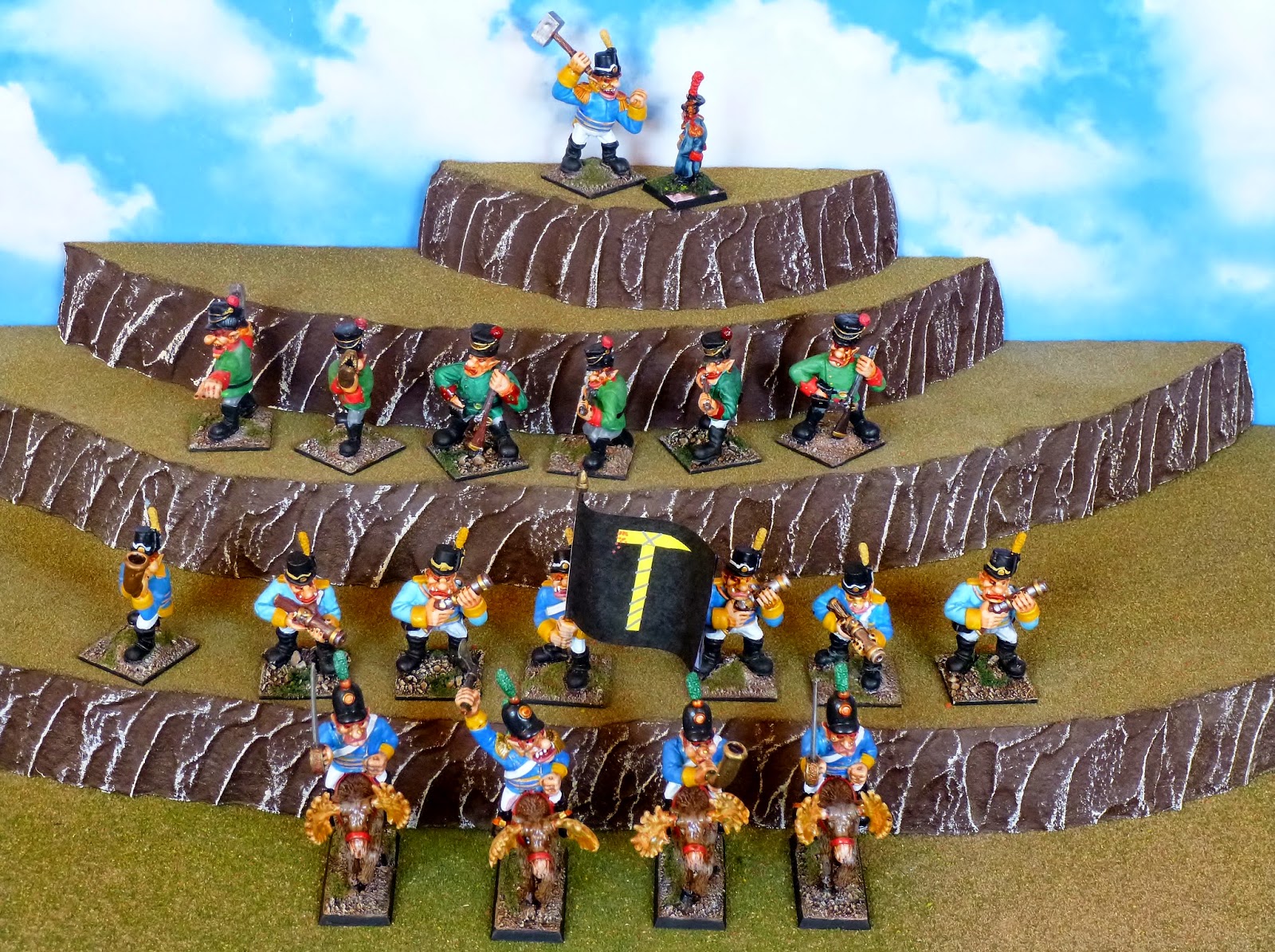 The Emperor Mordred's Witchlands campaign has all but ruined his allies, draining them of supplies, treasure, lives.

As Mordred's coalition unravels, Dwarves, Dogs,  and Ogres of the Confederation of Finklestein as well as the Trolka of Skandavia refuse to take further part in the war.

Mordred knows he must stop this rot before it spreads and hastily organizes an expedition to quell the unrest.


Ferach messenger: Listen carefully, Lars Dynydisson. Mordred conquers and controls everything he rests his eyes upon. He leads an army so massive it shakes the ground with its march, so vast it drinks the rivers dry. All the God-Emperor Mordred requires is this: a simple offering of earth, water, and troops. A token of Slaegga's submission to the will of Mordred.
Lars Dynydisson: Submission. Well, that's a bit of a problem. See, rumor has it that the Hundfolk have already turned you down. And if those philosophers and... bone-lovers have found that kind of nerve—
Trolka Diplomat: We must be diplomatic—
Lars Dynydisson: [cutting him off] And of course  Trolka... have their reputation to consider.
Ferach messenger: Choose your next words carefully, Lars Dynydisson. They may be your last as Duke.
[Lars Dynydisson turns and ponders the offer. He looks at various folk standing around, watching him nervously, the last of whom is Gottfrida.]
Lars Dynydisson: [in his head] Earth, water, troops... [having made up his mind, he draws his hammer on the Ferach messenger, whose back is to a sheer drop. The Trolka guards follow suit and point their kannonderbusses at the other messengers.]
Ferach messenger: Madtroll... You're a madtroll!
Lars Dynydisson: Earth and water... You'll find plenty of both down there. Urrrahh no troops though. Sorry about that [indicates the cliff with his hammer]
Ferach messenger: [nervous] No one, Elf or Trolka, no one threatens a messenger!
Lars Dynydisson: You bring the crowns and heads of conquered  folk to my city's steps! You insult my queen. You threaten my people with slavery and death! Oh, I've chosen my words carefully, Ferach. Perhaps you should have done the same.
Ferach messenger: This is blasphemy! This is madness! [Lars Dynydisson lowers his hammer and looks toward Gottfrida, who nods] 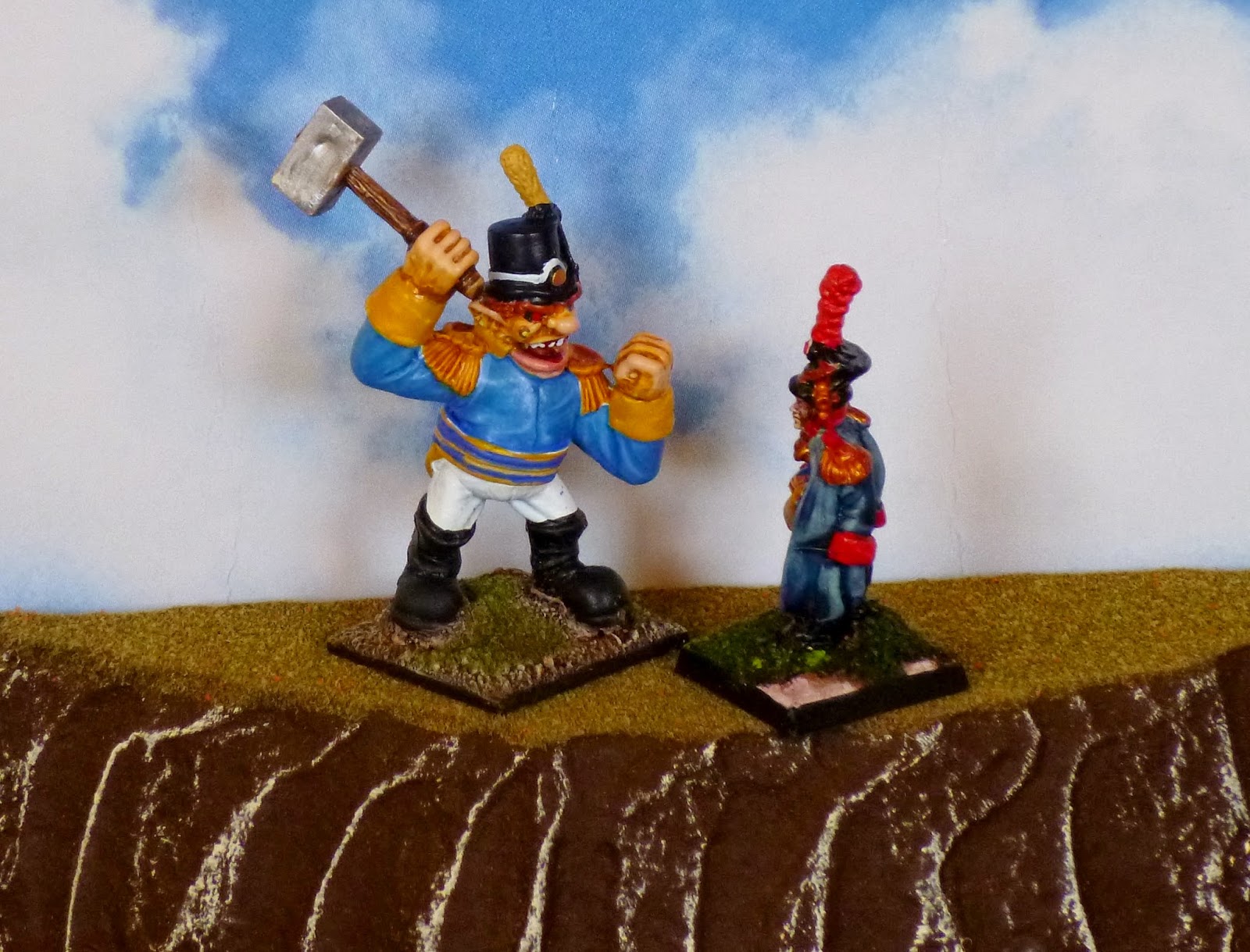 Note all figures are from Alternative Armies and painted by their in house painters.
Posted by M. C. Monkey-Dew at 6:12 PM