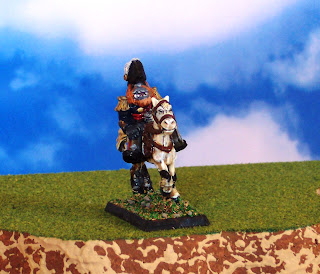 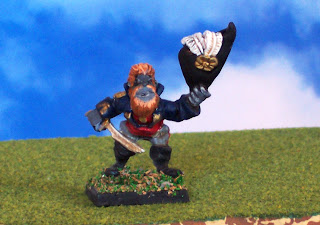 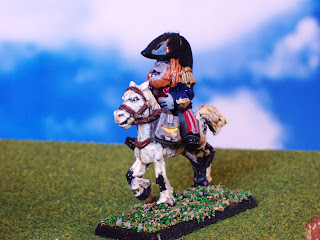 The photos fairly well speak for themselves here. The valiant Prince of Orangs, during the 'Undred Days" campaign. His newly recovered Burrovian subjects were less than sure of their reprised role  as subjects of the House of Orangs, yet still performed admirably on the field. 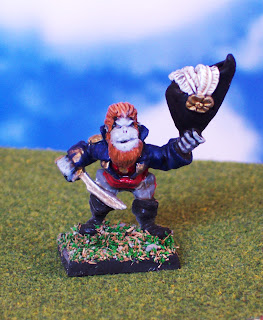 Both versions of the Prince, mounted and foot, started life as Alternative Armies Albion Orc Officers. Green stuff was applied to their faces to better (sadly not well artfully) convey the features of an Orangutan. 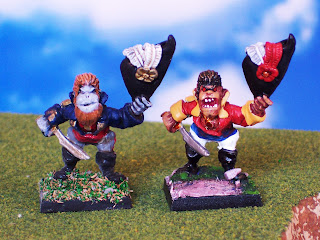 The Prince of Orange's uniform was then studied and replicated-ish to complete the job. Not too happy with the painting of their faces and might go back and do some additional shading. Still they resemble what they are meant to be and sometimes that is enough.

Now if only I can persuade Sharke not to take pot shots at him! 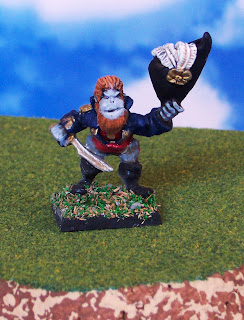 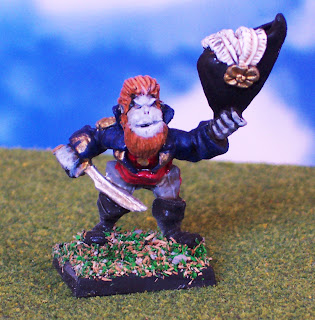 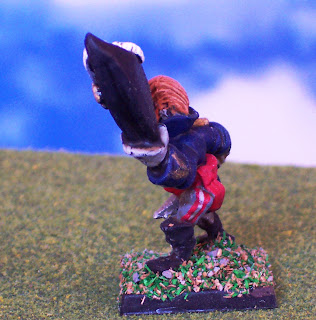 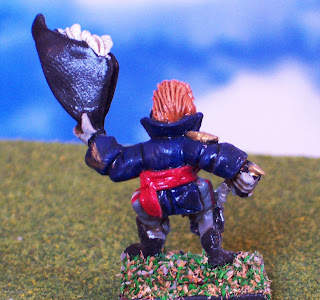 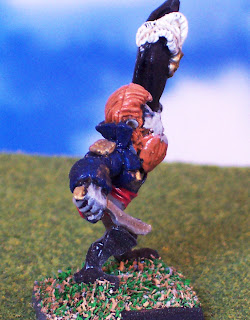 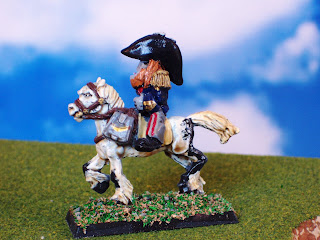 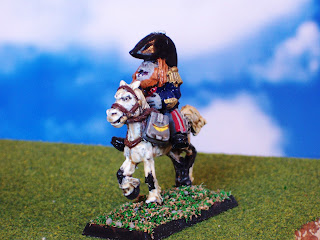 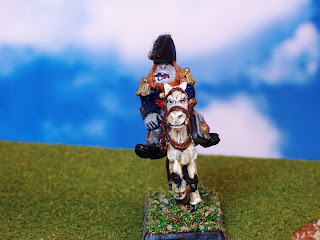 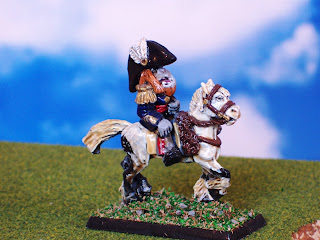 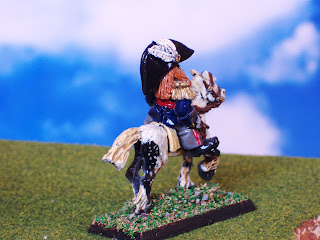 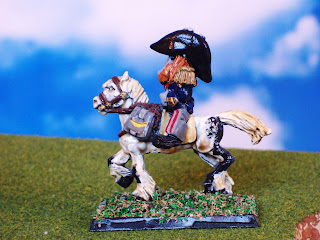 If you have read down this far you will know by now....

Hope you enjoyed the photos and thanks for stopping by!
Posted by M. C. Monkey-Dew at 11:29 AM